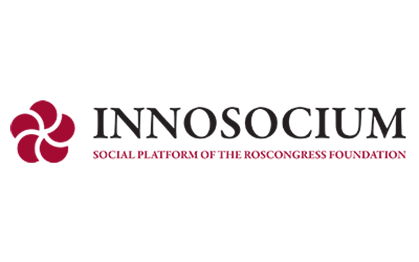 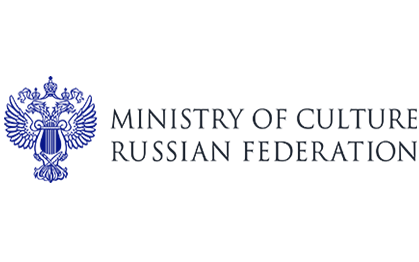 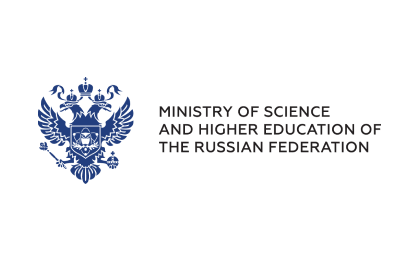 Assistant to the President of the Republic of Tatarstan

Deputy Minister of Industry and Trade of the Russian Federation

Chief of the Presidential Directorate for Social Projects

Founder of Winzavod Center for Contemporary Art, Member of the Civil Chamber of Moscow

Bekmambetov Timur
Director, Producer, Screenwriter; Founder, Bazelevs
Director, producer and script writer who became known in 2004 when his sci-fi film “Nochnoy Dozor” (Night Watch) came out.
Born on 25 June 1961 in Guriev, Kazakh SSR, he studied at the Moscow Energy Institute and later at the Ostrovsky Tashkent Theatre and Art Institute.
Bekmambetov’s film debut was the 1994 war drama “Peshawar Waltz”, devoted to the events in Afghanistan. The film participated in several prestigious festivals and gathered a number of awards, including the main prize and the International Film Festival in San Remo.
Again in 1994, Bekmambetov founded the Bazelevs film company.
The director’s film success came in 2004, after the sci-fi film “Nochnoy Dozor” came out. It was based on the novel by Sergey Lukyanenko and the key roles were played by Konstantin Khabensy, Vladimir Menshov and Viktor Verzhbitsky. The film’s producer was Konstantin Ernst, the General Director of the Channel One. It was a roaring success with the public and was shown in Russia, the CIS countries, the UK, USA and Germany. A year later, a sequel came out – “Dnevnoy Dozor” (Day Watch).
In 2007, Bekmambetov directed the lyrical comedy “Irony of Fate. Continued”, which is still among the leading Russian films. In 2008, the Hollywood thriller “Highly Dangerous” directed by Bekmambetov came out in Russia and other countries, featuring James MacAvoy, Morgan Freeman, Konstantin Khabensky and Angelina Jolie.
In 2012, audiences had an opportunity to see Bekmambetov’s next Hollywood work: the sci-fi thriller “President Lincoln: Vampire Hunter”.
In spring 2012, in Las Vegas, the director was awarded the Best Foreign Director of the Year award at the annual American cinema exhibition CinemaCon.

Kandelaki Tinatin
General Producer, Match TV
Tina (full name: Tinatin) Kandelaki was born on November, 10 1975 in Tbilisi (Georgia). Her father is an economist and her mother a physician.
Tina graduated from the journalism department of Tbilisi State University and from the department of international relations of the Russian State University for the Humanities.
Prior to 1995, she worked at Radio 105 radio station and for Georgian television.
After 1995, she worked for the radio stations and television channels M-Radio, RDV, Serebryany Dozhd, 2x2, Biz-TV, Muz-TV, Vremechko on TVC, YV-6 in Moscow.
2002–2007: host of the Detali programme on the STS TV Channel.
From 2003: host and producer of The Smartest programme.
2008–2011: host of the TV programme Unreal Politics on REN TV and later on NTV channels.
In 2008, Ms. Kandelaki became a co-owner of Apostle Media (later –Centre for Strategic Communications Apostle), specialising in PR and production of television and video content.
In 2010, she was author and host of the discussion programme Alternative on the Vesti FM radio station.
In August 2011, she organised and conducted the first National Educational Forum Smart School.
2010–2012: member of the Civic Chamber of the Russian Federation.
In 2013, together with Margarita Simonyan, she co-hosted the political talk show Iron Lady on the NTV channel.
From 2014, she was co-investor and art director of the elite club village Shelestovo in New Moscow.
In July 2015, Tina was appointed General Producer and Deputy General Director of the consolidated sports editorial board established on the basis of the new federal TV Channel Match TV.

Kapkov Sergey
Head of the Centre for Culture Economy, Urban Development and Creative Industries Research, Faculty of Economics, Lomonosov Moscow State University
Born 10 December 1975 in Gorky.
1998: graduated from the State and Municipal Administration Department of the Volgo-Vyatka Academy of Public Service.
1998–2001: сontinued post-graduate studies at the Volgo-Vyatka Academy of Public Service in the field of Social Philosophy.
2001–2003: Deputy Governor of the Chukotka Autonomous District, Head of the Chukotka Autonomous District Department of Culture, Youth, Sports, Tourism and Information Policy; was a government memberof the Chukotka Autonomous District.
In December 2003, Sergei Kapkov was elected to the Fourth State Duma of the Federal Assembly of the Russian Federation (member of the Committee on Civil, Criminal, Arbitration and Procedural Law).
June 2004 to 2014: Chairman of the Board of the National Football Academy Foundation.
April 2006 to 2014: Vice President, Russian Football Union.
In December 2007, he was elected to the Fifth State Duma of the Federal Assembly of the Russian Federation (Senior Vice-Chairman of the Committee on Information Policy, Information Technology and Telecommunications).
In March 2011, he resigned from the State Duma after being appointed Director of the Moscow City Management Company M. Gorky Central Park of Culture and Recreation.
In August 2011, he was appointed Deputy Head of Moscow’s Department of Culture and promoted to Department Head in September 2011.
May 2012 to March 2015: Minister of the Government of Moscow, Head of Moscow’s Department of Culture.
Since September 2015: Head of the Research and Study Laboratory Centre for Research into the Economics of Culture, Urban Development and Creative Industries at the Moscow State University Department of Economics.

Slashcheva Yuliana
Chairman of the Management Board, Soyuzmultfilm Film Studio; General Director, Gorky Film Studio; Chairman of the Management Board, Russian Animated Film Association
Prior to joining CTC Media, Yuliana was President of the Mikhailov & Partners group of companies. Before that, she was Chief Executive Officer of Mikhailov & Partners, one of Russia’s largest strategic communications agencies, having assumed this role in 1994.
From 2004 to 2005, Yuliana was a partner with the BBDO Group, where she was responsible for business development activities.
From 2001 to 2004 she was a Board member and Corporate Communications Director for the Russian investment company ESN Group, as well as the Vice Chairman of Kelenergo, a Russian energy company.
Yuliana was named one of the 20 most influential businesswomen in Russia by Kompania Magazine in 2013. In 2012, she ranked first in the PR agency manager category of Kariera Magazine’s list of “Top 100 communications specialists.” Yuliana also won the 7th Annual National Media Manager of Russia Award in 2007.
Yuliana received a degree in marketing from the Moscow University for the Humanities.

Uskov Nikolay
Editorial Director, Forbes Russia
Nikolay Uskov was born in 1970, he is a candidate of historical sciences, from 2016 was an editor in chief of Forbes Russia, from September 2018 is an editorial director of Forbes Russia. In the past he used to teach the history of the Middle Ages at Moscow State University, then headed such magazines as Men’s Health, GQ, Snob in Russia. Nikolay is an author of the work on the history of the church and the religiosity of Western Europe, a number of detective novels and the best-selling book on Russian history "Unknown Russia: a story that will surprise you."
Gallery
CBF|EEF 2021 CBF|SPIEF 2021 CBF|RCW 2020